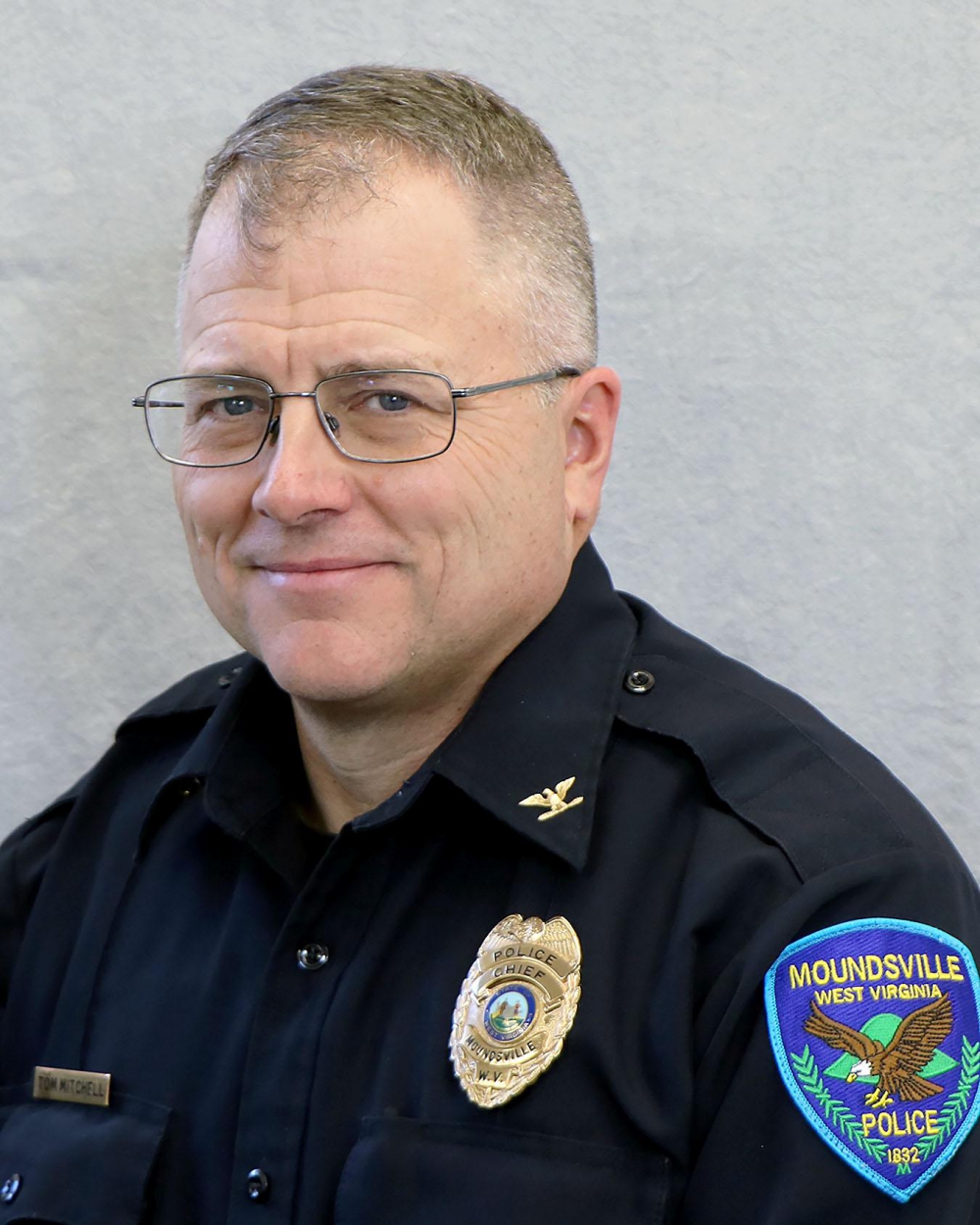 Chief Mitchell graduated from John Marshall High School in 1981.  On October 1, 1984, he was hired by the City of Glen Dale as a Police Department Patrolman.  Continuing his education, he graduated from West Virginia Northern Community College in 1985 with an Associate’s degree in Criminal Justice.

In May of 1987, he was hired by the Marshall County Sheriff’s Department as a Deputy, and remained there until July of 1988, when he went to Wheeling Police Department as a Patrolman.  In the next 23 years with the City of Wheeling, he was a DARE Officer, Motorcycle Officer, Traffic Squad Sergeant, Training Coordinator, Events Coordinator, Firearms Instructor, Taser Instructor, HazMat Technician, and a SWAT Team Leader.  He retired at the rank of Lieutenant.

During his career at Wheeling, he also he  graduated from West Liberty State College, with a  Bachelor of Science Degree in  Criminal Justice.  In 2009, he graduated from the FBI National Academy (FBINA #238).

He was hired by the City of Moundsville on July 25, 2011 as their Police Chief.